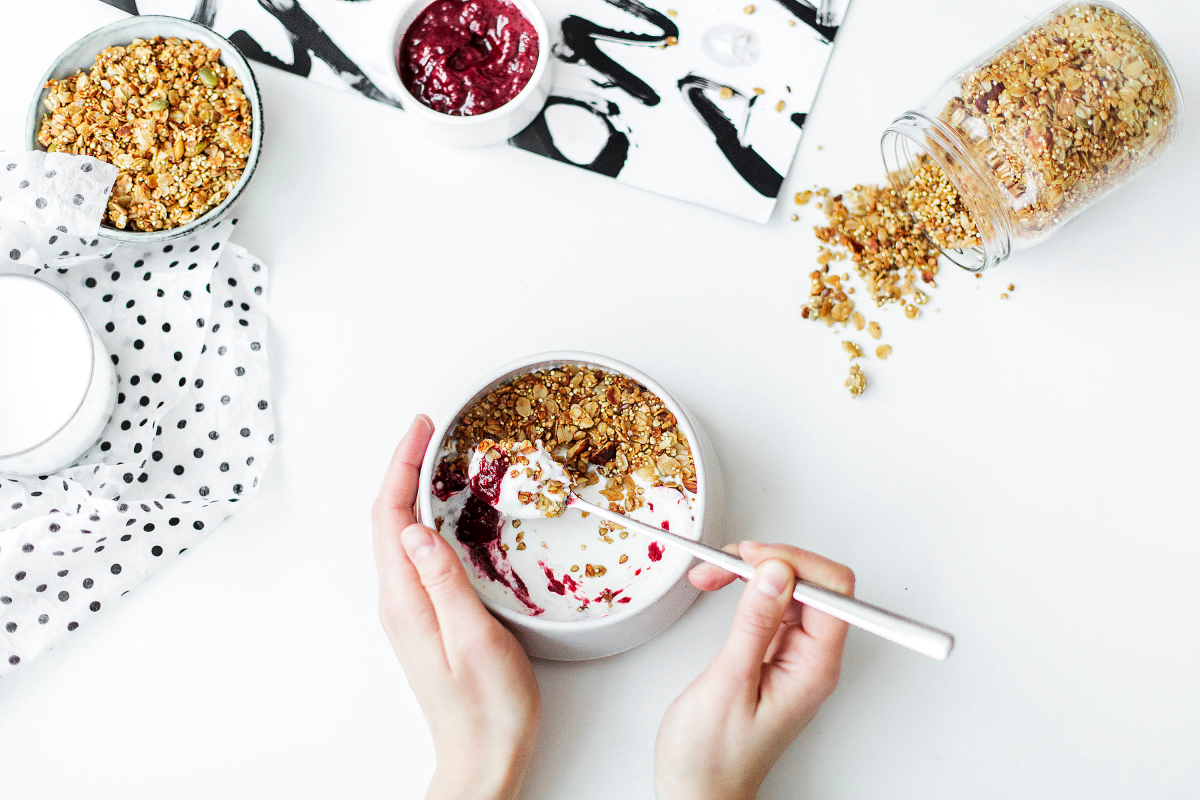 If you are a yogurt lover then you are in the right place, yogurt is delicious and super healthy, and did you know there are different types of yogurt!

Yogurt is so versatile and a trusty and nutritious option available that is always a good idea to have it on hand at home. Kids of all ages love it and nearly everyone can enjoy it. Doesn’t matter if you are a dairy fan or are into healthy eating, there’s probably one type of yogurt that will suit your specific needs. 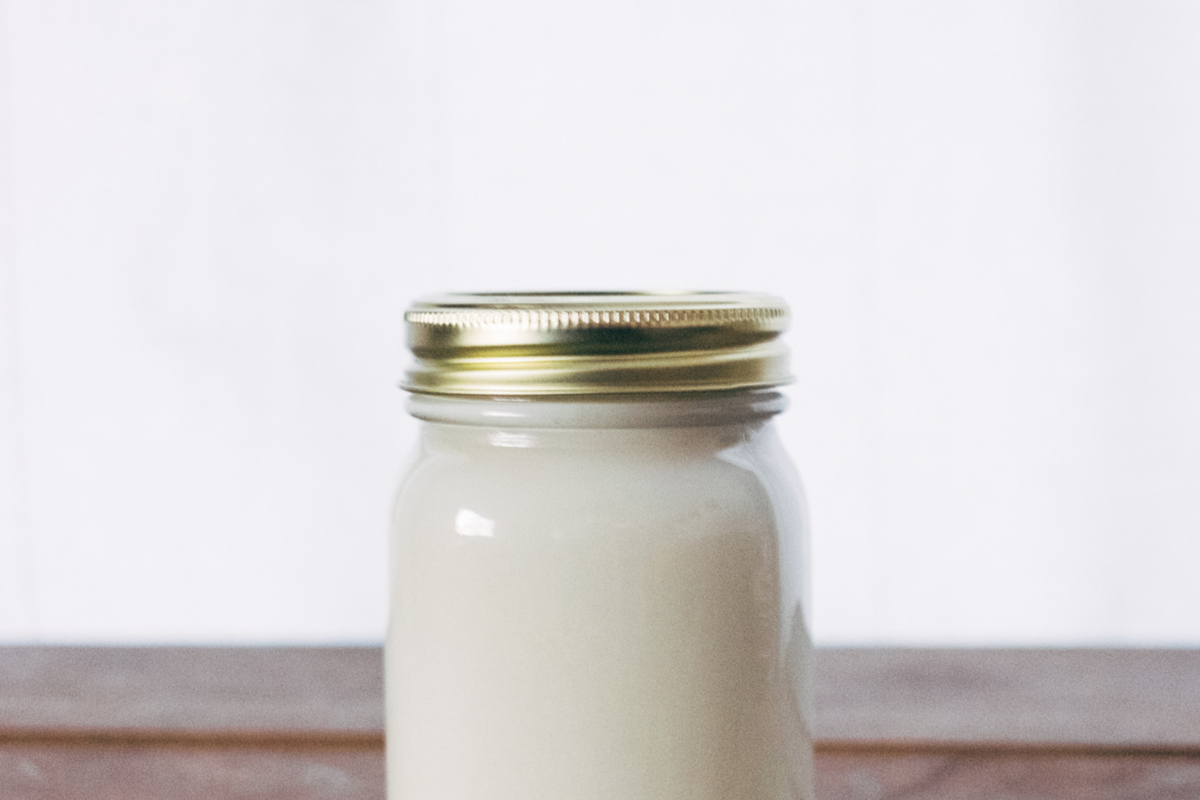 It is most likely one of those items that are always on top of your grocery list, yogurt is so versatile and you can always count on it whether you are in need of a healthy snack or just starving to death.

It is a delicious way to get yourself nutrients your body needs and there’s actually a number of types you can choose from. Educate yourself about the wide variety of yogurts there are out there and make sure to pick your favorite.

In this Article hide
The Basics: How Yogurt is Made
Types of Yogurt
Traditional Yogurt
Greek Yogurt
Australian Yogurt
Icelandic Yogurt (Skyr)
Kefir – Drinkable Yogurt
Labneh Yogurt
Dahi Yogurt
Matsoni Yogurt
Almond Yogurt
Soy Yogurt
Coconut Yogurt
Sheep’s Milk Yogurt
Goat’s Milk Yogurt
How To Keep Yogurt Fresh?
How To Store Yogurt So It Stays Fresh For Longer
Can You Freeze Yogurt?
What to do with Yogurt Before It Goes Bad?
Our Favorites And Easiest Yogurt Recipes

The Basics: How Yogurt is Made

Yogurt in its end result, it’s really a delight; however, the process of making it may not be as charming.

We generally try to stay clear from bacteria and it certainly doesn’t sound like the ingredient in something you’ll put in your mouth; that said, bacteria is a key element in the making of yogurt. The first step is to heat any type of milk to around 185 F; once the milk reaches a determined temperature, bacteria is added and these are what make yogurt have a buttery consistency. It is vital that the fusion remains at the same temperature so that yogurt may be formed.

The next step depending on the type of yogurt would be to strain it to remove any excess liquid, this step gives way to a thickened texture. 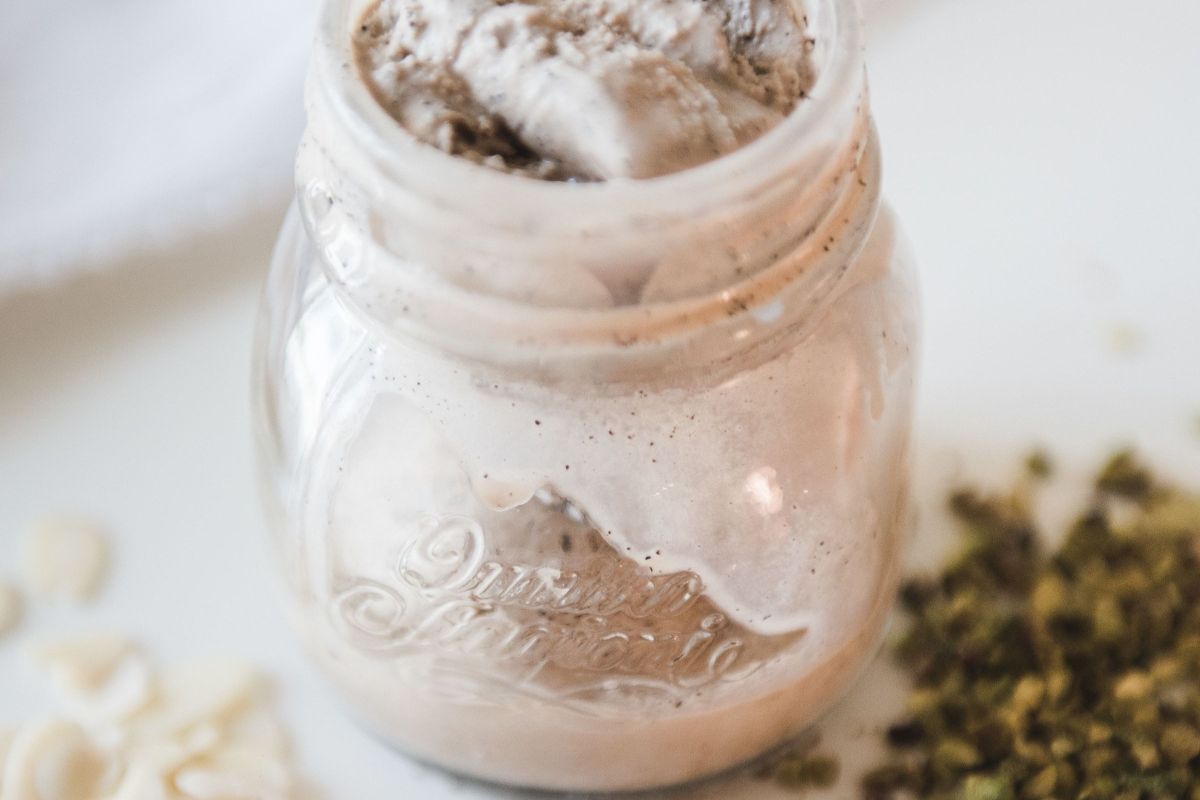 In the case of traditional or regular yogurt, the milk and bacteria blend in left unstrained, this results in a fine and easier to manipulate consistency. You may recognize this type because it generally presents a thin layer of fluid on top.

You can find traditional yogurt in numerous flavors, many of which fruit have been incorporated. It has a naturally tart flavor and nowadays you can get it in low-fat, non-fat, and regular yogurt varieties. What changes from variety to variety is the type of milk used in the making process. 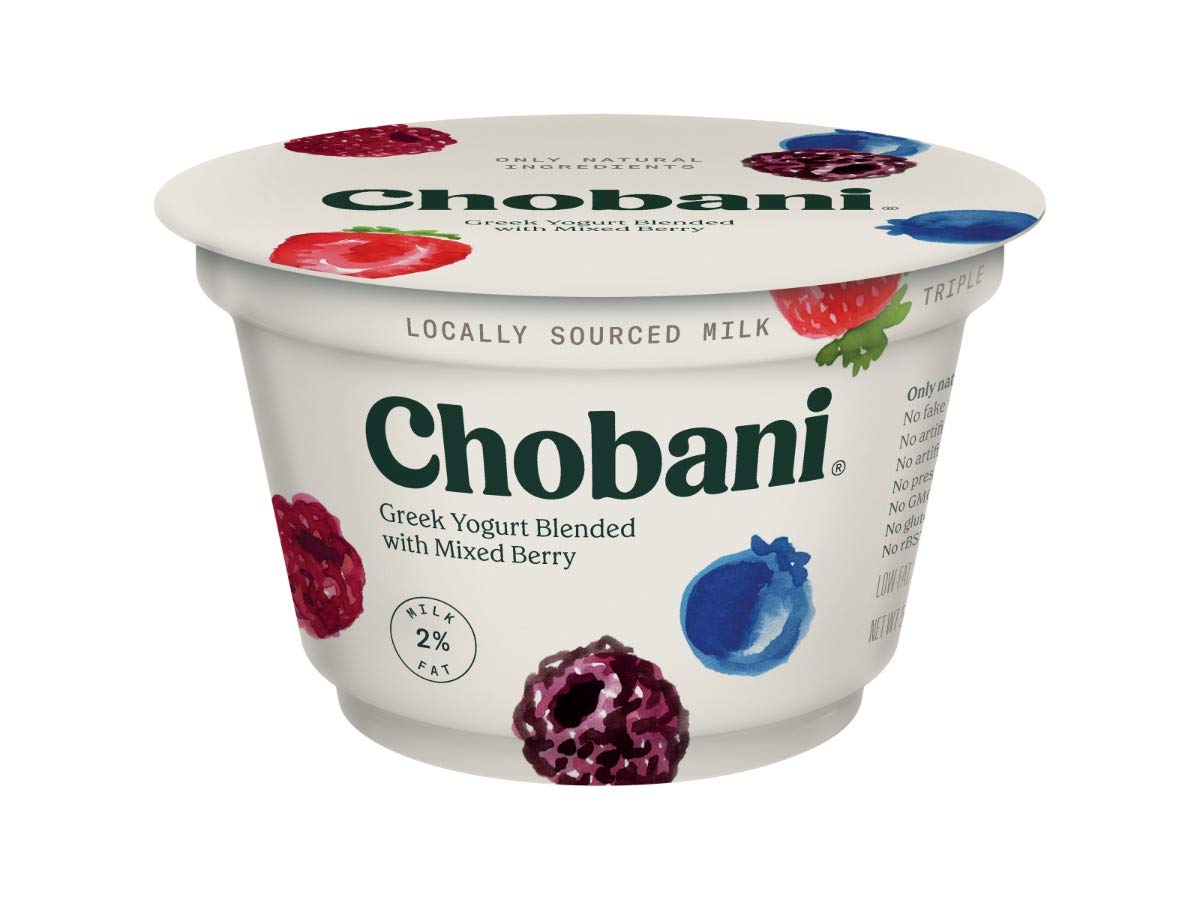 Greek yogurt is a widely popular yogurt type that can be easily found at your local market. Compared to traditional yogurt, the Greek counterpart has been hailed as a healthier type and it does offer certain benefits such as lower sugar content as well as fewer carbs and more protein. Either way, pay attention to the label since some brands may exaggerate the sugar content.

Greek yogurt offers a thicker texture, due to the fact that has been strained during the making process. The unflavored versions are a combination of sour and tart. Read about the many health benefits greek yogurt has here. 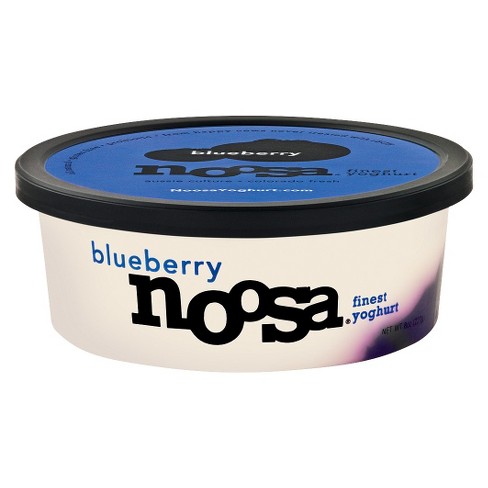 Australian yogurt is the perfect middle ground between traditional and Greek yogurt, not too thin and not too thick. This type is made using whole milk giving way to a creamy consistency. Like traditional yogurt, Australian is also left unstrained so you may also come across with some liquid on the top. You can find this type in flavored and unflavored varieties and honey is generally used as a sweetener. 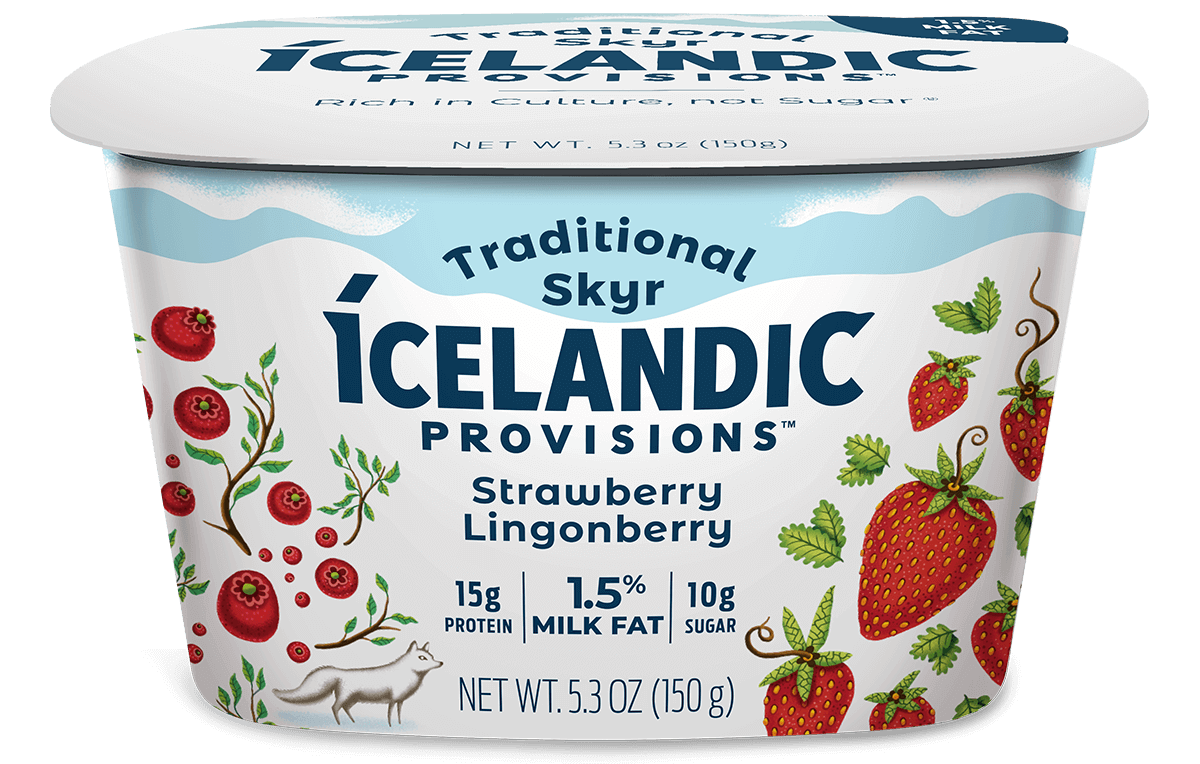 This type of yogurt is strained not once but four times, so you may imagine how thick it can be. That doesn’t mean that Icelandic yogurt isn’t smooth or easy to stir. Skyr is actually a kind of cheese in Iceland but it actually resembles yogurt more than cheese. The recipe for Icelandic yogurt has at least four cups of nonfat milk. Other variations utilize fattier milk or skim milk which is the choice of milk for this specific type. This particularly thick version is low fat and high in protein. 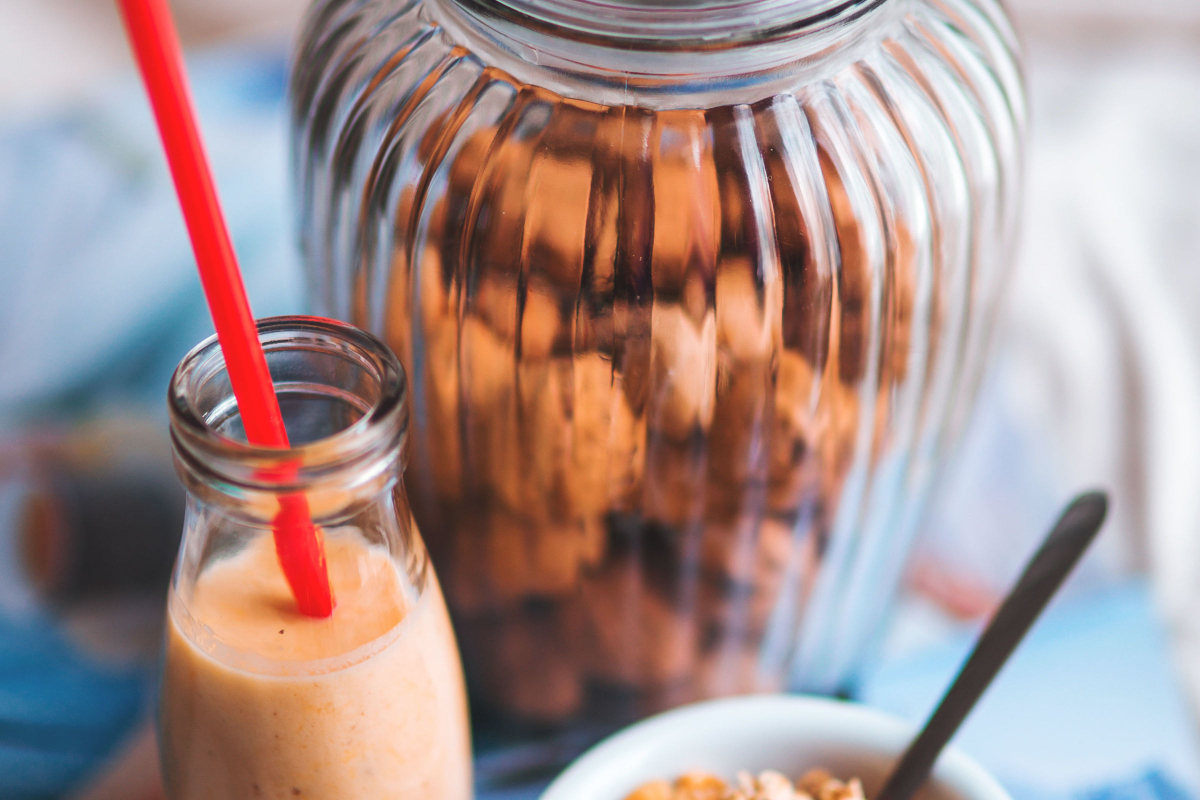 Kefir is widely known for its liquid consistency and for being a great source of probiotics. If Icelandic is the thickest yogurt option, then kefir is the finest. The making of kefir involves starter grains which are blended into any type of milk. This mix won’t give way to a thick consistency, that’s why kefir is considered yogurt that is drinkable. 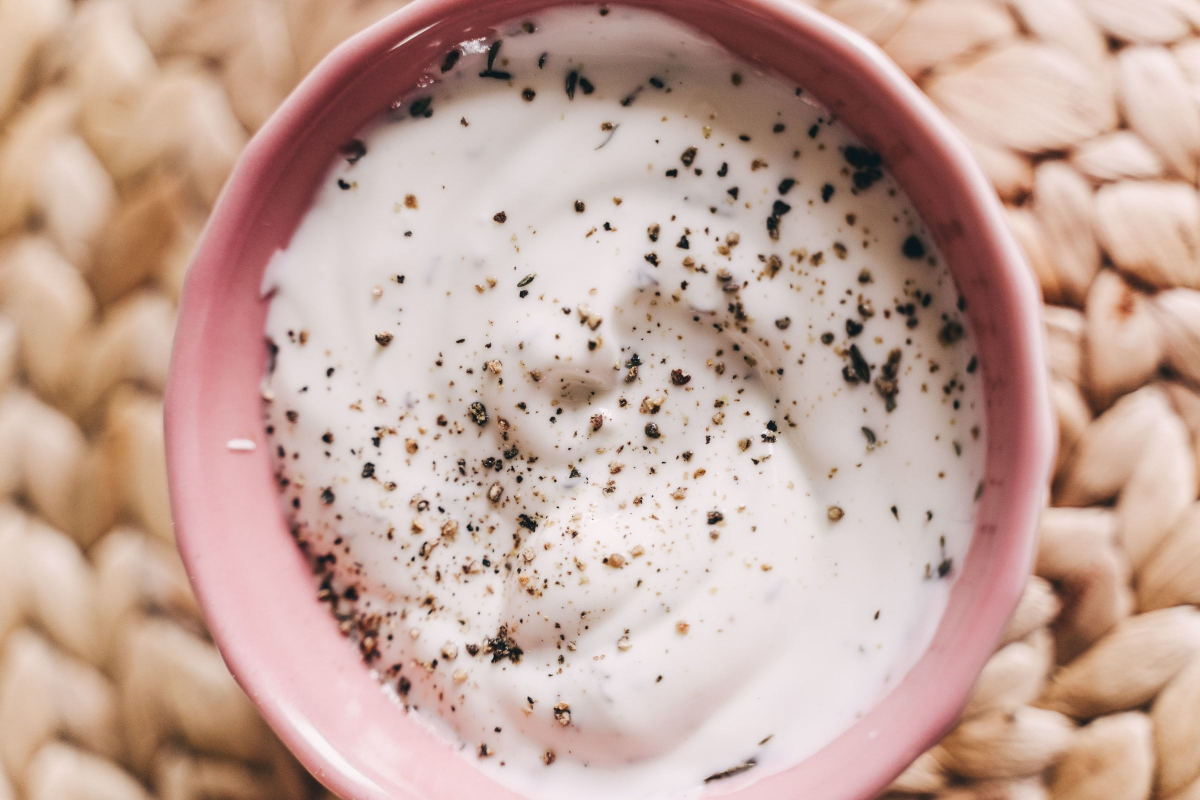 Labneh is mostly found in the Middle East, like Skyr, this type of yogurt also goes through a considerable procedure to remove any liquid. When it comes to texture, Labneh is compared to cream cheese and is usually consumed with olive oil and flatbread. As you may imagine, this thick texture yogurt is high in protein. 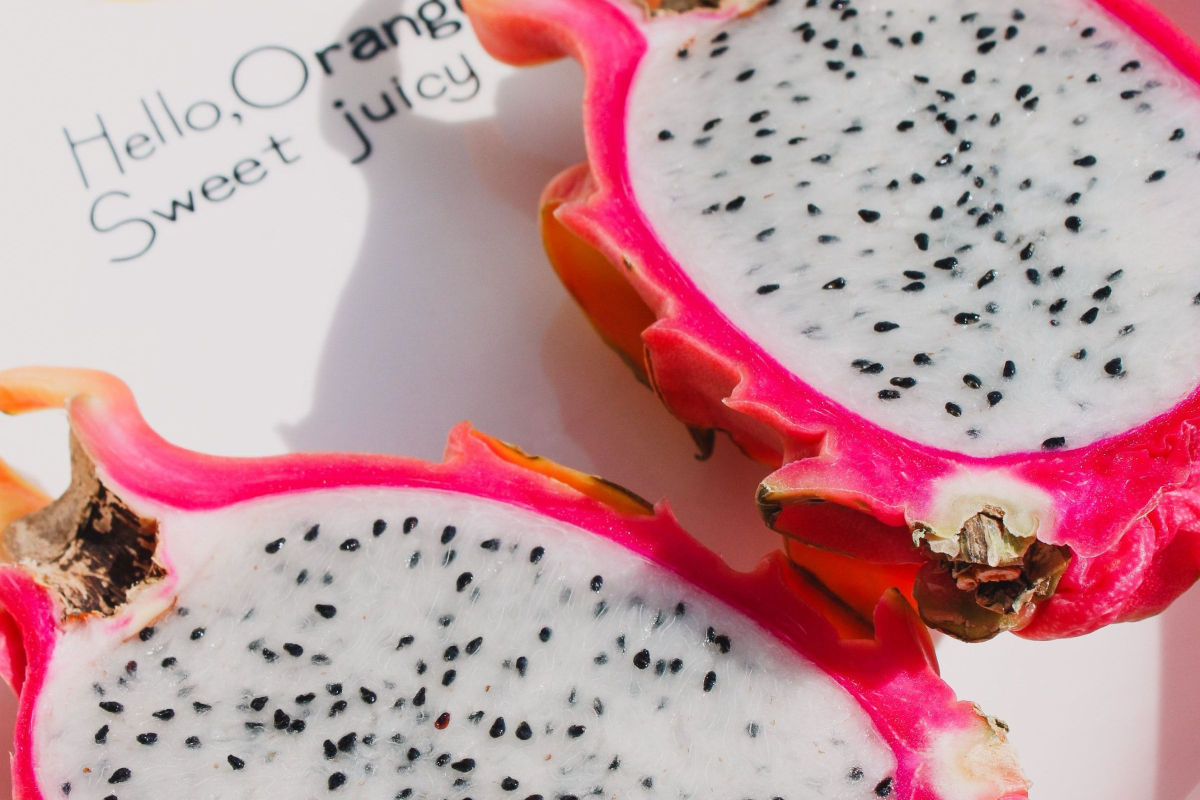 Dahi is consumed in countries such as India, Bangladesh, and Nepal; it is actually known as curd, however, it is considered yogurt due to the making process. Dahi is made using cow, goat, or buffalo milk and dried red chilis -which contain bacteria allowing the fermentation process.  Dahi is not strained so it has a smoother consistency.

Matsoni originated in the Middle East and it is actually highly recommendable to make at home. This is because the making process doesn’t require maintaining a hot temperature for bacteria to do their job. Instead, all you need to do is to blend your milk of choice and a starter culture, then let it sit for a few hours. The final product is a tangy and thin consistency yogurt, that can be used as a base for other recipes. 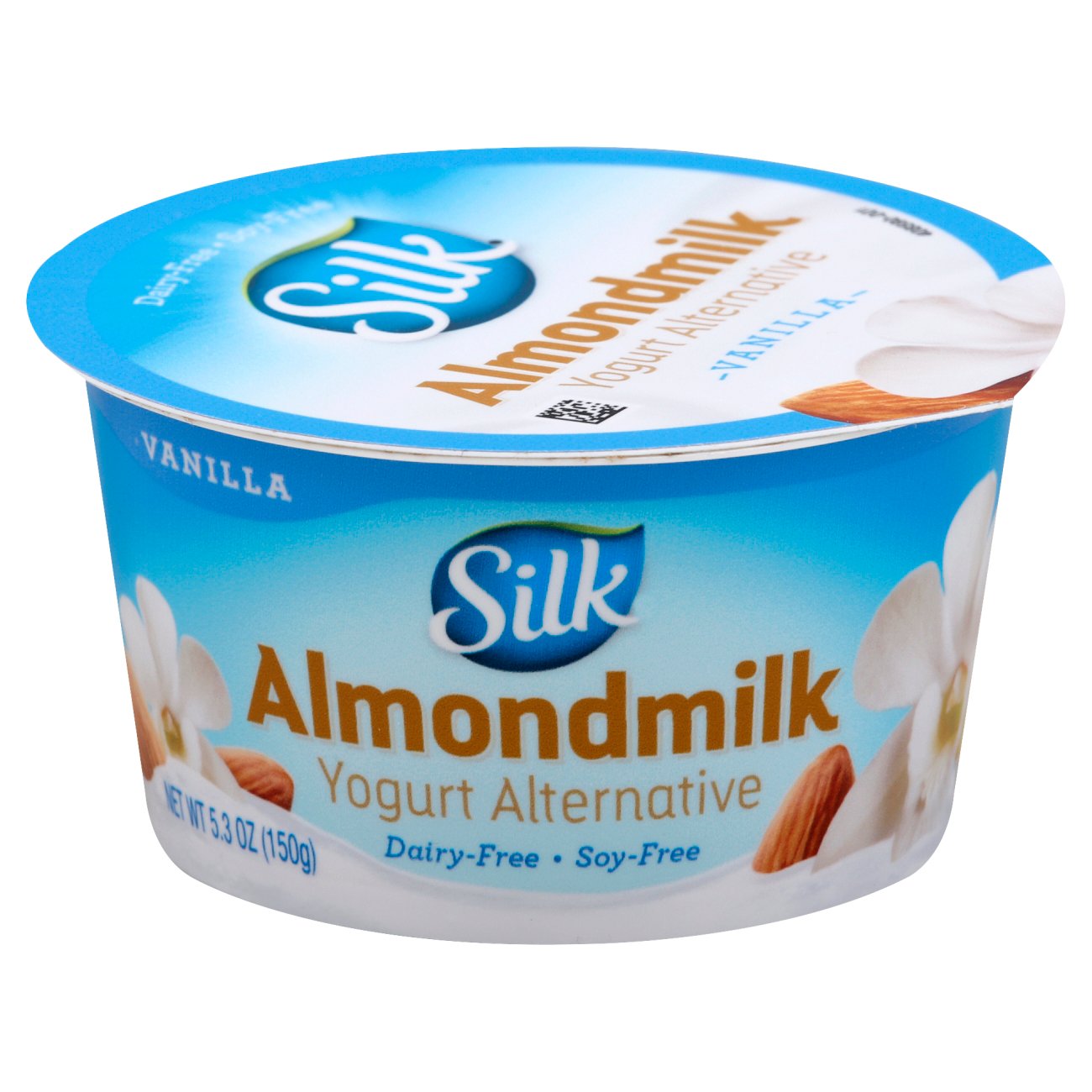 This is a non-dairy version of yogurt because like the name indicates, it utilized almond milk in the making process. This yogurt is thin in texture since almond milk doesn’t have the same components as cow’s milk. If you are lactose intolerant this is a great choice for you so you won’t miss out on yogurt. In addition, almond yogurt is low in calories and high in fiber. 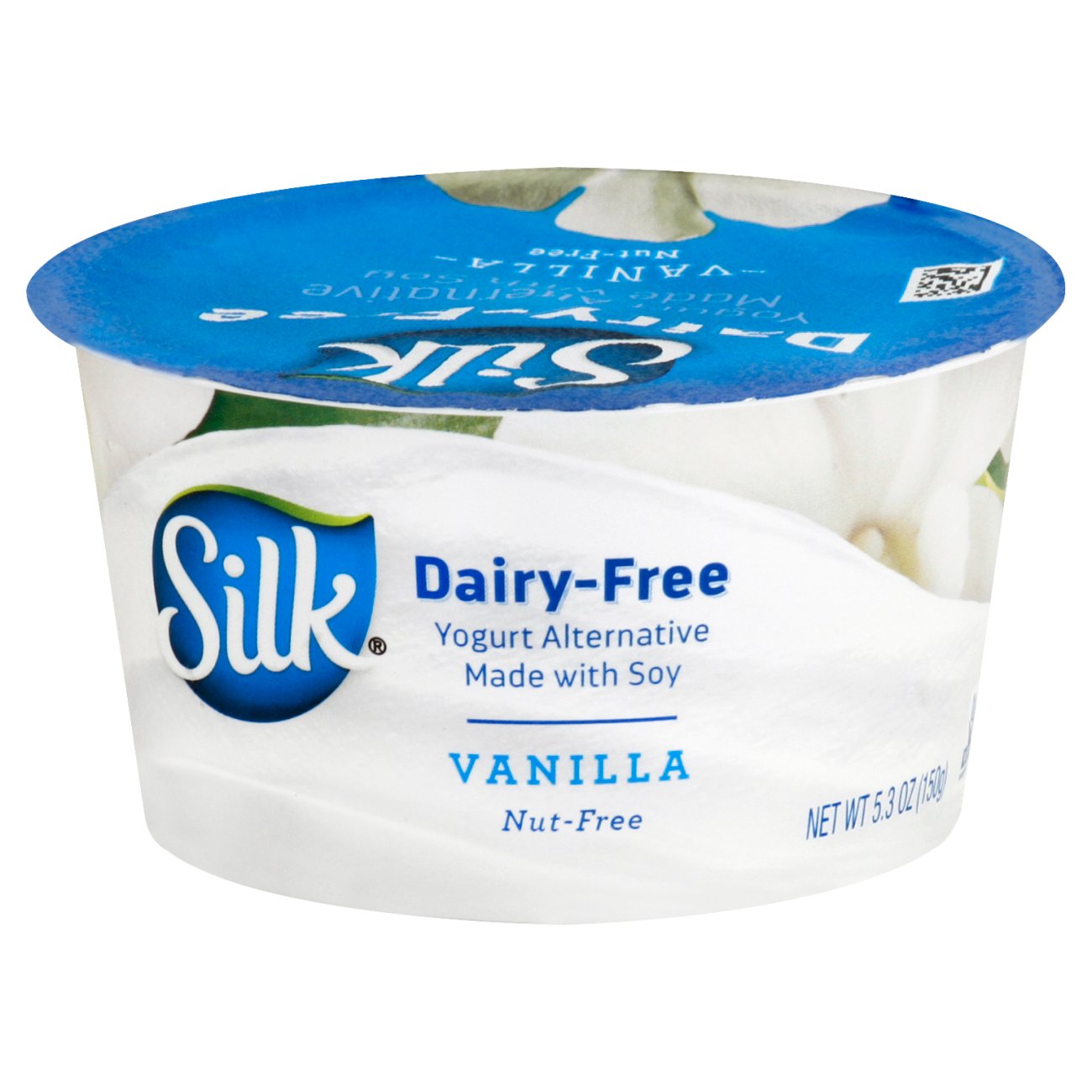 Soy yogurt also results in a thinner texture and just like almond yogurt, it requires additives and thickeners to make it more appetizing. You may want to add some fruit to unflavored versions, have in mind that soybeans are pretty tasteless. That said, it comes highly recommendable for people that struggle in controlling healthy blood sugar levels. 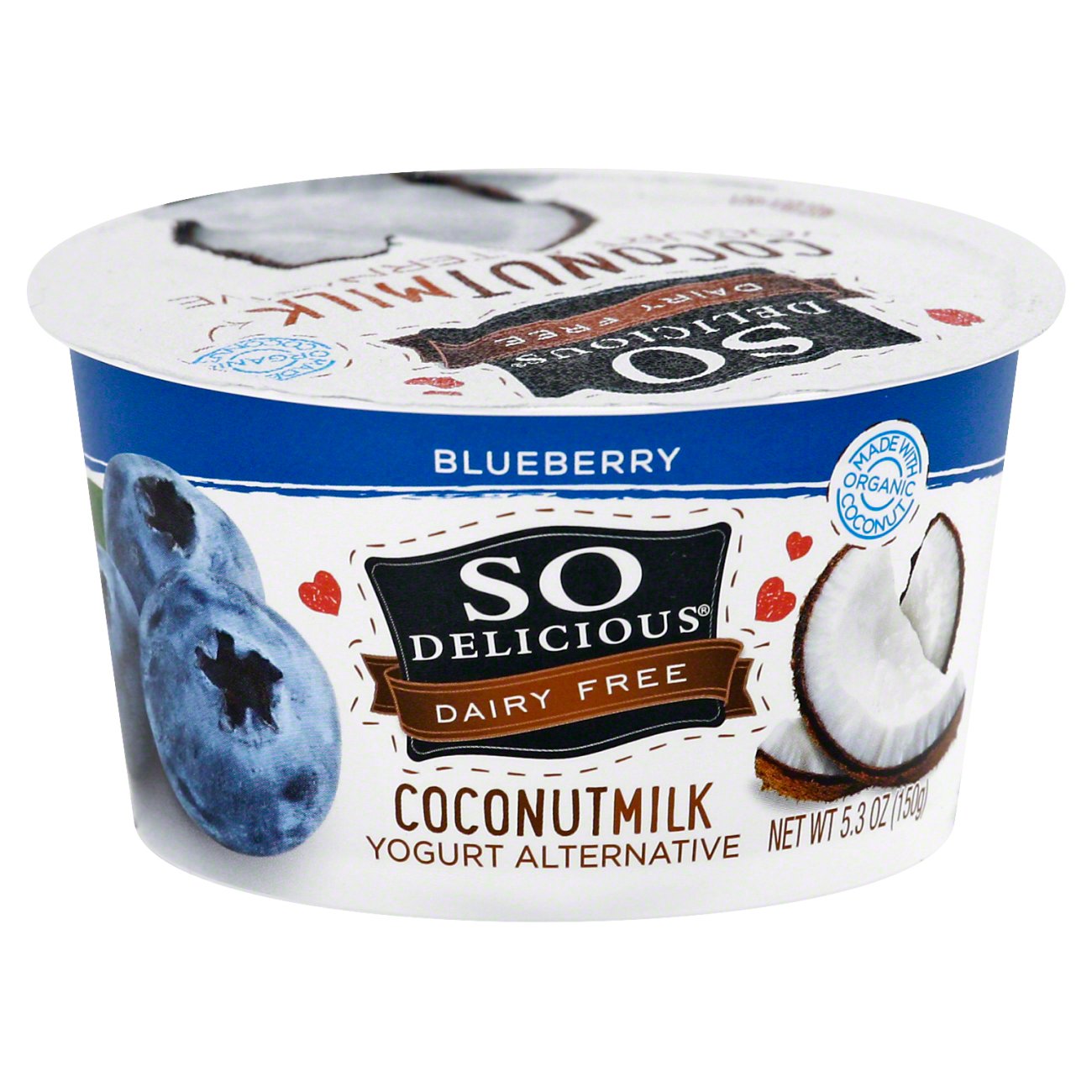 Though coconut milk is similar in thickness to whole milk, when utilized to make yogurt, sadly much of that creamy consistency is stripped. Usually, coconut yogurt ends up being pretty sour so many brands add in lots of sugar to make it edible which in the end translates into a not-so-healthy yogurt choice. 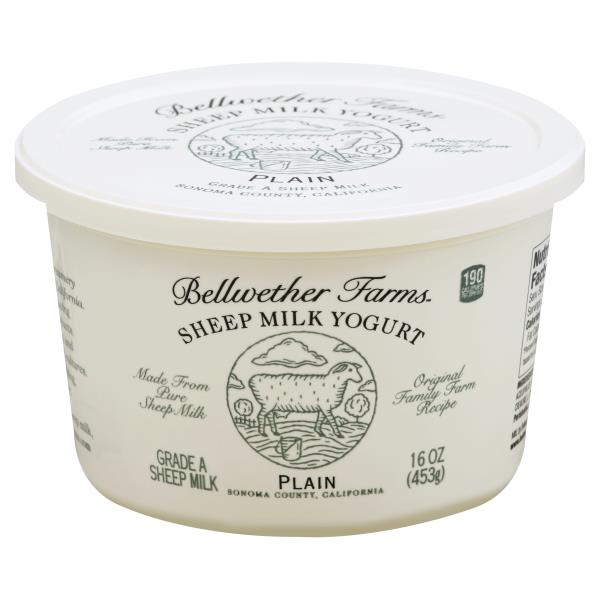 If you are a little bored with regular cow milk yogurt, then a good spin is to try this fantastic choice. It is not only similar in consistency to your traditional yogurt, but it offers more nutrients than the regular one. Sheep’s milk yogurt has more riboflavin and vitamins, however, it is also high in fat. 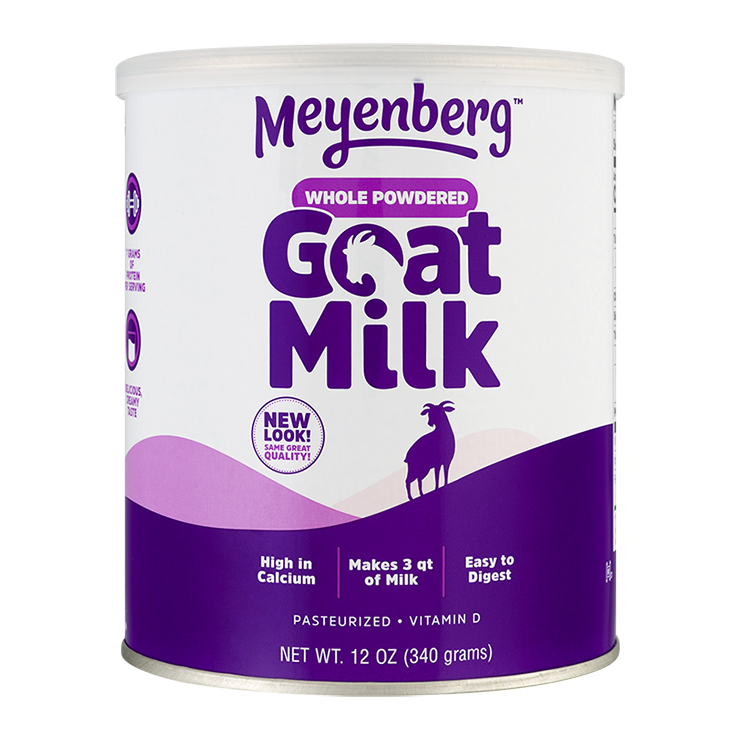 This is a smooth yogurt with a buttery texture and light-sour taste. This is a perfect choice if you are likely to struggle to digest cow milk.

How To Keep Yogurt Fresh?

Keeping all types of yogurt fresh and in optimum conditions involves proper storing, that said is not hard to imagine that yogurt, no matter what type belongs inside your fridge. There’s no much science as to storing your yogurt and for how long to keep it since it is indicated on the label.

Yogurt should be refrigerated immediately after being purchased and as soon as you get home from your grocery shopping.

If you notice liquid on the top, either stir it or drain it off.

Normally, the longer you keep yogurt, the sharper its flavor gets. It is common sense to consume it by the best before date on the container.

How To Store Yogurt So It Stays Fresh For Longer

Yogurt will only last until its expiration date allows it so there’s no extending its life beyond that.

Here are a few tips to ensuring your yogurt doesn’t go bad before the set expiration date.

Once you bring your yogurt home, store it right away in the fridge, as a useful tip, you should place it on the fridge shelves and never on the doors since they are not enough and yogurt would be constantly exposed when opening and closing the door. Unopened yogurt will last up to 10 days or a few weeks in the fridge.

Once opened your yogurt will be good in the fridge for about a week. And when storing away, make sure to seal yogurt containers well to protect the yogurt from foods with a strong smell.

Can You Freeze Yogurt?

Actually, you can but it is not a good idea to freeze your yogurt since freezing affects its flavor and texture.

That said, many opt for freezing their yogurt because although it loses its texture, it is still suitable for baked goods. Open yogurt lasts frozen for about a month while unopened yogurt can last for up to three months frozen.

Another thing you do not want to do is to put back unused parts of yogurt into its original container.

What to do with Yogurt Before It Goes Bad?

For all types of yogurt, we suggest to keep an eye for any signs of spoilage even if you’ve kept your yogurt properly stored in the fridge; these include a bad smell, signs of mold, and a sudden increase in liquid.

But before your yogurt goes bad, you can enjoy it in tons of different recipes, check out below some of our favorite yogurt ideas.

Our Favorites And Easiest Yogurt Recipes

In the mood for brownies? How about trying this fantastic slow cooker keto brownies recipe! These are not only yummy but also super easy to make and low carb!

Feeling a little under the weather? Then you need to make this delicious cold buster smoothie and make sure to bring it with you to work.

Want something yummy and quick, that can give you a boost to start your day the right way? How about this amazing coffee-banana smoothie and bring it with you to work!

Coffee-Banana Smoothie to take to Work

Want something yummy and quick, that can give you a boost to start your day the right way? How about this amazing coffee-banana smoothie and bring it with you to work! Made with any type of yogurt of your choice

Coffee-Banana Smoothie to take to Work

Have you tried this? Cancel reply

fresh recipes delivered to your inbox

Let’s plan your next Smoothie

What others are saying